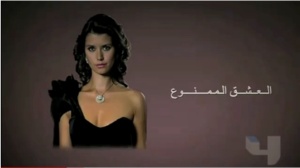 My partners, Thouria Mahmoud and Shannon Farhoud, and I put this documentary together in Istanbul, Turkey to portray the Arab world’s fascination with Turkish soap operas. Apparently, Arabs are not the only people who find Turkish soap operas a phenomena, but also people in Turkey’s neighboring countries including the Balkans, Cyprus and even Iran. Many people in Germany also share the same fascination because Germany has the large Turkish diaspora community. Turkish serials are a fascination in any place where the Ottoman Empire once ruled. Many Turks believe that that is the reason why shows are successful in such regions. Many also believe it’s because Turkey shares a common culture with many of these regions. However, everyone from the actors to cameramen aren’t benefiting financially from the success of the soap operas in other regions. Watch the video to know the details!